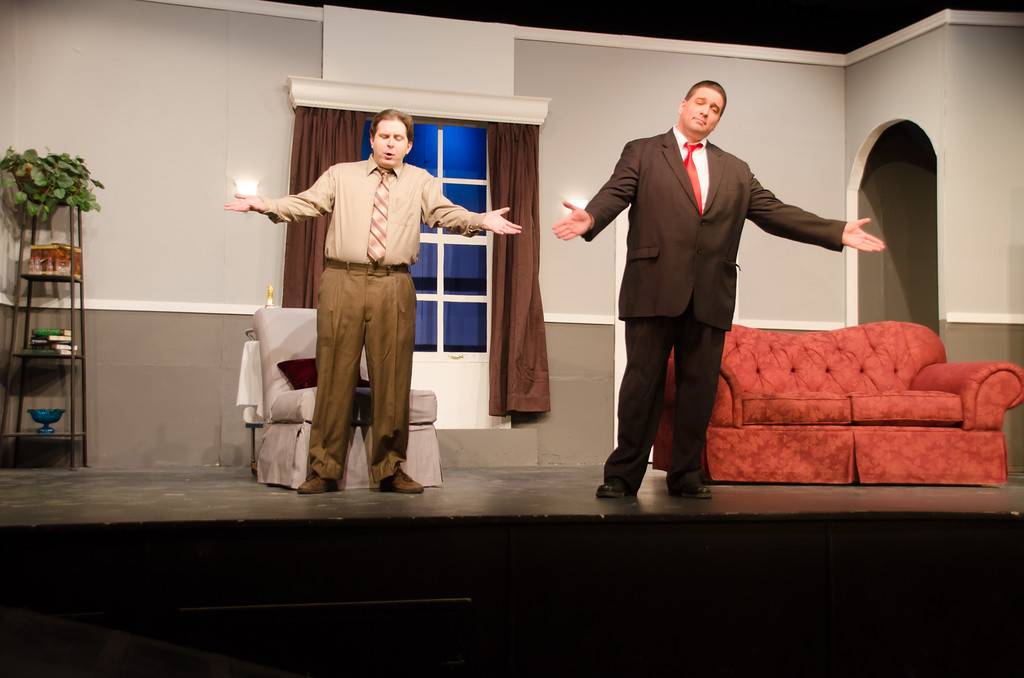 Today’s lunch hour was mostly dedicated to reading lines for the show. I did some basic social media maintenance as well, but mostly I’ve been going over my lines, hoping to keep away the rust that might set in after five days without performing the show (as it will be by Friday when we hit the stage again). It’s a little nerve-wracking, as well, since I know my wife will be in the audience Friday. Turns out, I’m perfectly happy getting on stage and being ridiculous in front of strangers, but it’s a little different with people I know and like. I know why, of course, I wouldn’t be much of a introspective navel-gazer if I didn’t, but it’s all very boring and includes a few, “Because of this, then that, then also the other thing too.”

That aside, I am hoping to see more people I know come out to the show the next two weekends, since I’ve otherwise seen no one, which has me oscillating a bit between disappointment and relief. There’s also the possibility of a review in a local indie paper, which is all kinds of exciting.

And yeah, one of these days I’ll stop talking about this show, and anyone who is reading can have some relief. I likely won’t be trying out for anything again until auditions for “One Flew Over the Cuckoo’s Nest” come up in Julyish. Then it’ll all be boring talk about writing (since I think I’m contractually obligated not to talk about work). I will certainly miss it, though, even if you won’t.