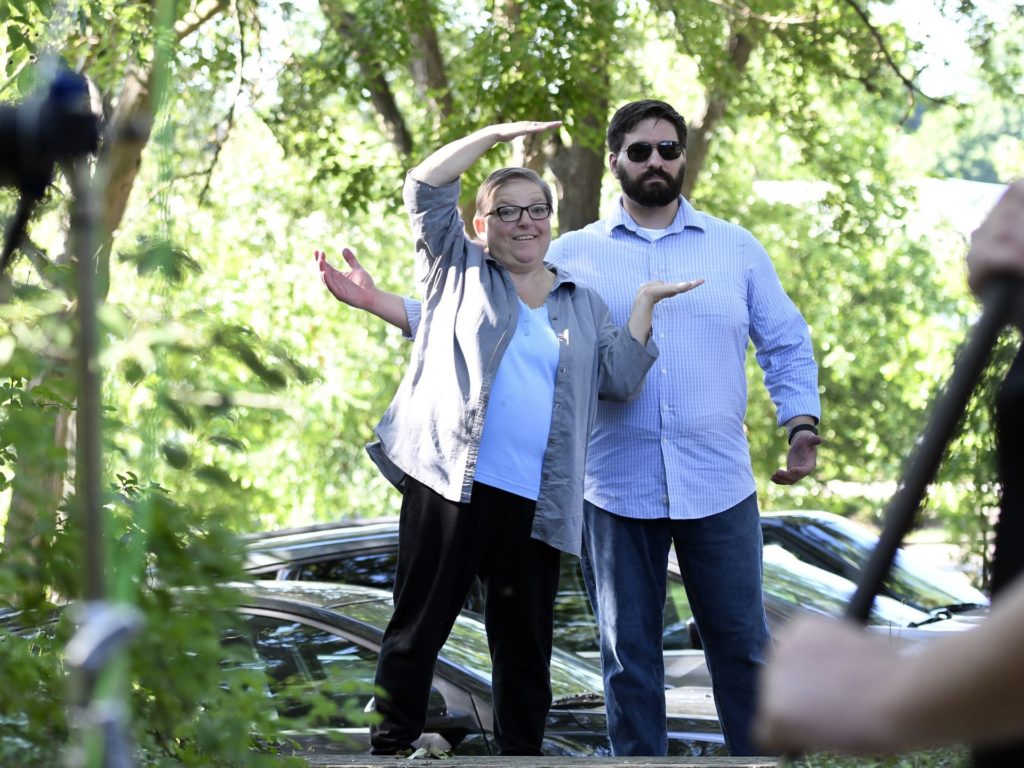 Shortly after we closed Romeo & Juliet at Little Door Theatre, a castmate texted many of us to say that a friend of hers was looking for actors to participate in his 48 Hour Film Project production. As it happened, that friend of hers was also a friend of mine: Jeremy Rahn, who had played Oberon in A Midsummer Night’s Dream the previous summer at St. Dunstan’s Theatre. He had also helped out on Romeo & Juliet with fight choreography, during which I had told him I’d be happy to help on anything he was ever working on, because he was just a damn cool dude, and one who I respected both personally and creatively. So I texted him to remind of that offer…

Dan Dobrovich, who had directed us in A Midsummer Night’s Dream, was the other team leader with Jeremy, and we were being joined by a couple other veterans of that production: Peggy Lee and Christian Zilko who had shared assistant director duties. This time, it would be Jeremy directing the show and Dan was slated for the lead actor, with Peggy as lead actress and Christian as assistant director again. By the time we got to shooting, we had added Stephanie Peltier, who had played Hermia in A Midsummer Night’s Dream. Apart from that, Dan had assembled a ridiculously competent crew who brought a lot of very professional equipment with them. I was incredibly impressed and really hopeful that this would turn into something really cool. In truth, it met and exceeded my expectations.

To give a quick background on the 48 Hour Film Project, it’s a contest run in a couple dozen cities around the US. The goal is to write, shoot, and edit a short film in just 48 hours. Team leaders select a pair of genres and must shoot their film recognizably as one or the other, and everyone is given the same character, prop, and line of dialogue that must be incorporated into the film as a protection against teams writing and shooting early. After the kickoff event, we gathered at the home of one of the crew, a beautiful lake house in central Oakland County, and started to go over the basics of our challenge. Enhanced difficulty: the genres we drew were Horror and Period Piece, neither of which the creative team were all that excited about. Jeremy and Dan had brainstormed an idea on the way back from the kickoff event for a horror movie centered around the recreational escape rooms that have started to spring up. We tossed the idea around a bit, discussed some challenges, and then Jeremy and Dan went off to write the script while we went off to sleep. Call time would be 7:30am, back at the lake house.

We showed back up there pretty promptly and got to work, reading over the script, discussing shots and locations, and then we were off and running. I had to jet away for a little bit in order to attend a picnic I was theoretically helping to host, and the script had been written to reflect my lower availability. And there was still tons to do when I got back. (Starting with putting drops in Stephanie’s eyes so she could shoot a crying scene.) We shot out of order, as happens often with film, taking advantage of natural light and other opportunities. In fact, we ended up reshooting most of the stuff I did before I left for the picnic on account of the light being better in the room we had been in. The last thing I shot, however, was my last appearance in the film. It had to go last, though, since it involved me being soaked with fake blood and our wardrobe department (namely, my closet) only had one of the button-down shirts I was wearing. Had to be judicious with it.

We wrapped shooting less than twelve hours after we started, which everyone seemed to think was a pretty decent accomplishment. For my first experience filming anything, I was just happy that I had gotten to do it at all, and would gladly have gone on into the night. But we were also getting a bit tired and loopy, so it was probably just as well.

Tonight I’m attending the screening for the film, along with eight or nine others. Around 40 total teams participated this year, so I gather that they were all divided into groups to make the screening process easier. I’m really looking forward to how it all turned out, and what it looks like to see myself on the big screen. Should be exciting!